As you can probably see, I haven't been doing much radio lately. We've been having a heat wave in Ireland, and it hasn't rained in 16 days. Temperatures have been in the high 20s every day, with scorching sunshine and clear skies . . . until last weekend when it clouded over somewhat.

I have been tremendously busy with other things. Not least of which is my devotion to all things mythical and ancient. I recently received copies of 'The Mythology of Venus', an international collaboration of authors, including myself, with a foreword by Morgan Llywelyn. I have also recently written a novella, my first serious attempt at fiction, and am currently investigating how to get that published. I also took part, with my family, in some parts of the Brigid's Way Pilgrimage, which is based upon a discovery by Richard Moore and I, in our book Island of the Setting Sun. 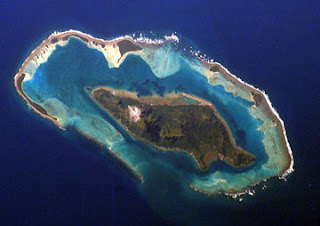 So not too much time has been spent in front of the radios. In fact, very little. It recently came to my attention that Vadym UT6UD would be operating from Austral Islands (FO-A) which would be a new one for me. I heard him a couple of mornings during the past week, but the pile-ups were exceptional. Thinking that I had missed the opportunity, as he was due to go QRT today, I left it down to bad luck and lack of operating!

But at 6.30am this morning, my phone rang. It was Declan, EI6FR. "Austral is on 17 CW and easily workable" was the short sentence that he uttered, followed by "get out of bed". That I duly did, and made my way quickly down to the shack, where I was very quick to find FO/UT6UD on 17m CW. I programmed the split, and switched on the linear. His split was not as wide as the previous time I had tried him on 17m, so I was hopeful.

Within a short time, I could hear "EI2KC 5NN" and gave him "RR EI2KC 5NN TU". And cé la vie! I was in the log. DXCC #292 was in my log . . . finally!! I have had several opportunities to work FO-A but it never seemed to work out for me. So I am greatly relieved to have another one off the list. Just eight more to hit the magic 300 ! Thanks for the wake-up call Declan! And because I was able to work him pretty quickly, I went back to bed and got another hour's sleep!!
Posted by HamRadioIreland at 4:47 PM No comments:

Above is a short video showing a QSO I made with JA1VLK on 20 metres CW with 100 watts and my hexbeam.
Posted by HamRadioIreland at 10:25 AM No comments: