The Dundalk Amateur Radio Society was honoured to have a special guest, W5GN Barry Merrill, speak at their monthly activity night at the EI7DAR headquarters in Castletown Road, Dundalk. In an entertaining talk, Barry spoke about his history in radio, his activity from Ireland, where he lives for a good part of the year, and a bit about contesting too. The above video is the first part of the talk.
Posted by HamRadioIreland at 11:02 PM No comments:

Great morning at the Phoenix rally

I had a great morning at the Phoenix Amateur Radio Club annual rally in Coolmine, Dublin. It was a great social occasion even if I didn't buy or sell anything. I traveled with Tony EI4DIB and Brian EI4KC. We arrived at 10.40am and the place was already packed. There were lots of stands and tables with a whole range of amateur radio and some non radio gear for sale. There was everything from antique straight morse keys and valve radios from the 30s and 50s to the latest transceivers and antennas and power supplies and all manner of "bits and bobs" as we refer to small items in Ireland.

The rally is a good opportunity to meet other hams as much as it is an opportunity to sell and buy equipment. I met up with some familiar faces and some not so familiar. One man said "hello Anthony" and I didn't recognise him. So I asked him to keep talking and then I recognised the voice!! It was MI0VKO, Dave, who I speak to regularly on 2 metres but whom I had never met face to face.

I had a good chat with Dave Deane EI9FBB, Ireland's first and only 10 band DXCCer. Needless to say we found ourselves in good company because we both share a fondness for DXing. EI0Z portable group members John EI6GHB and David EI7GEB were there too and we had a bit of a chat. Seamus EI3KE had an eye for a couple of bargains, and he got them, and I was talking to Oleg EI7KD who I hadn't seen in ages. He was singing the praises of his old Icom IC-735 which he uses as his main radio. I have an old 735 which I use purely for listening so I was interested in the conversation from the point of view of maybe restoring it to a transmitter at some stage. Oleg said he had compared the receive on the 735 with two other radios - the Kenwood TS-2000 and the Icom 746 and found it to be superior to both. So maybe the old 735 will find a place in the main shack at some stage!

Ben EI4IN was helping sell some equipment, and had a bargain on some amalgamating tape (1 roll for 1 euro, or 4 rolls for 5 euro!) Pat EI2HX was manning the IRTS stand and Thos EI2JD was wandering about the place with his camera and generally looking busy. No doubt the next issue of Echo Ireland will have lots of photos from the rally in it, HI! I briefly clapped eyes on MI6ETE, Billy from Coleraine, who I hear regularly on the Dundalk repeater, and I also saw Ronnie EI9ED, who runs the Cavan repeater, for the first time. Some other familiar faces around the place were Mike EI2DJ, Tony EI5EM and Sean EI7CD.

The new IRTS news editor Aidan EI7JC was also there and putting in an appearance on behalf of the ATV crowd was Mark EI9FX. I met Mark EI6JK for the first time, although I had spoken to him on the air on numerous occasions.

I congratulated Ark EI9KC on working TJ9PF on 12 band slots, being the fourth highest number of slots for an EI behind EI7BA, EI6IL and EI2JD. He was in great form, as usual. Jim 2I0SBI and Ivan EI1166 were there too, and Tony EI6IK was there also. Of course there were many more, whose names and callsigns are unfamiliar to me. I hope you all had a great morning.

There were a few big boxes spotted leaving under the arms of happy hams and short wave listeners. I know one in particular, Brian EI9GTB, who left with a Kenwood TS-2000 under his arm. Now there's a happy chap! Enjoy it Brian.
Posted by HamRadioIreland at 5:15 PM No comments:

Flying up the leaderboard with Tango Juliet Nine

It's been a hell of a week for me. I hardly touched any radio after Monday. With all that was going on I had no HF time at all. By yesterday morning (Friday), I had a very poor showing on the TJ9PF Dxpedition EI leaderboard on Clublog. I had only worked them on ONE lowly band slot. This just would not do ! 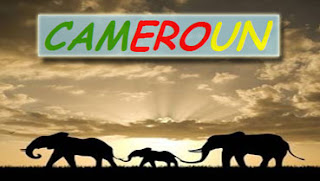 In the space of 24 hours I have jumped from being near the bottom of the pile (at this moment 48 EIs have worked them) to being in 9th place with EIGHT band slots. Yes, that means I've worked them on seven band slots in a day! And it feels good! The most dogged contact was on 30m RTTY last night. I started calling them at 11pm and finally got them in the log at one minute past one am. Yes, 1:01am. Then I went to bed, with a smile on my face!

After all these efforts, I am now in 9th place on the EI leaderboard, just behind EI2CN, Doug, who lives a few miles from my QTH. We are both on eight band slots. Leading the way, somewhat unsurprisingly, is John EI7BA, with no less than 20 band slots. What a man. He really is Ireland's supreme DXer. Congrats John. Hats off! Congrats also to my friend Ark EI9KC (a member of the Kilo Charlie fraternity HI!) who is in fourth place with 12 band slots. Nice going Ark. The new antenna is working well!

Watch out for good propagation on 10 metres. The solar flux index has been over 100 for a few days now, and the sunspot number has peaked at 100. I've bagged a few new ones on 10m. More of that later . . .
Posted by HamRadioIreland at 4:51 PM 1 comment: 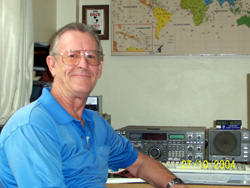 I had a very pleasurable evening yesterday in the very well appointed shack of Doug EI2CN, who has an excellent set-up for the 160 metre band. Doug is well known both here in Ireland and around the world as a top band DXer and he enjoys a lot of CW on that band. At the moment he transmits with an Elecraft K3 through an inverted L and has 720-feet beverages pointed towards Japan, North America and Africa. To say that I am extremely fortunate to have occasional use of his station is an understatement. It is a great pleasure for me, and last night was no exception.

I arrived at the perfect time for some DX into the far east, giving me the opportunity to work some new countries on top band. First among thee was South Korea, HL5IVL. This contact was followed by two QSOs into Japan, another new country. Soon I had HS0ZEE (Thailand, pictured above) in the log, followed by DU1/JJ5GMJ in the Philippines. The last new one was 9M2AX in West Malaysia.

At around 10.30pm I started working into the United States and Canada, and made plenty of contacts into states including New Jersey, Pennsylvania, Ohio, Virginia, North Carolina, New York, Massachusetts, New Hampshire and Georgia. I also managed  to bag a contact into Asiatic Russia also, hearing him on the beverage for the States initially but switching over to the JA beverage he came up to a 579.

Thanks to all for a wonderful night. Look forward to working you on other bands, and to maybe catching another QSO with you on top band some time.
Posted by HamRadioIreland at 7:06 PM 2 comments:

Pile-up on the Dundalk repeater

I use the Dundalk Repeater, EI2CCR, most days because I have to commute to work and I like to have a chat up and down the road. A good deal of the time there will be someone around for a quick QSO but this evening while I was coming down the road from Dundalk to Drogheda there was something of a pile-up.

First to answer my "EI2KC Mobile listening through" call was 2I0MMT/M, Mickey, in Newry, soon followed by EI5GLB, Victor, in Portarlington in County Laois, a long way from the Dundalk repeater but just about making it through. We were soon joined by 2I0LRY, Larry, also in Newry, and 2I0MBI/M, Brendan, who was mobile towards Pointzpass. Then we were joined by MI3ZJN, Gary, who was mobile near Armagh City, and finally entering the fray was 2I0WAI, Martin. It was difficult to remember all the callsigns, but I somehow managed.

I later found out there were others listening, and we could have been joined by at least three more but the frequency was busy enough HI HI !!
Posted by HamRadioIreland at 10:19 PM 2 comments: