Photo of the radio shack all lit up at night 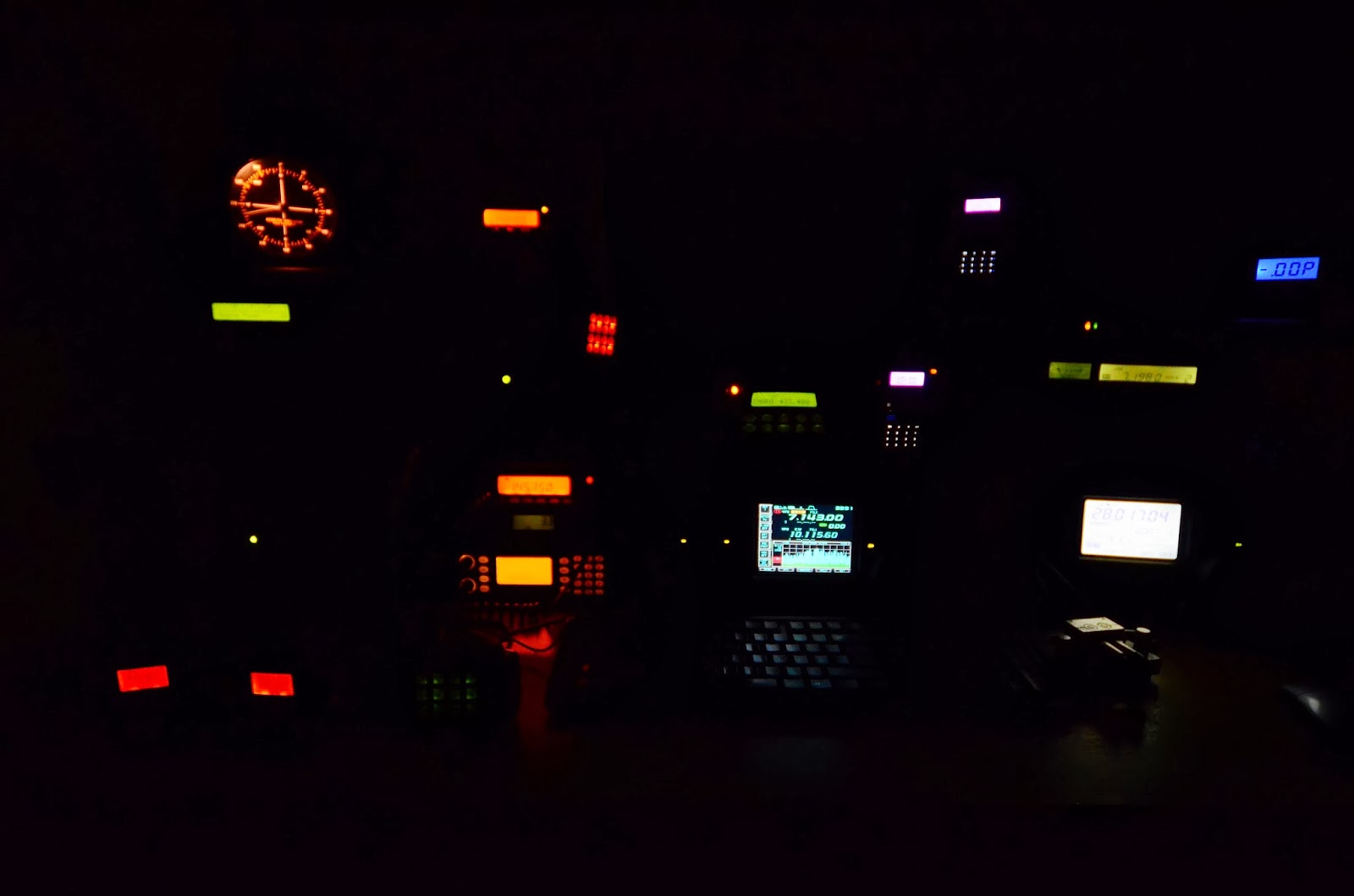 Above is a photo of my radio shack at night, all lit up. I was prompted to do this by Tony EI4DIB who posted a similar photo of his shack in the dark on Facebook. I decided to do the same thing. It took a bit of setting up. The handheld 2m/70cm radios do not stay illuminated, so each of those needed to be lit up quickly before the shot was taken. Also included on the top right is my new digital SWR meter, which is nicely backlit in blue. There are a couple of mic keypads lit up in the photo too. There is some reflection on the computer keyboard from the IC-756PRO and also my Kent dual paddle is lit up by the screen of the Icom IC-746.
Posted by HamRadioIreland at 11:11 PM